From the historic homes and landscape to the shopping and special events, the Martin House offers something for everyone.

* To visit the interior of the historic home(s), you must purchase a tour.

Step Inside the Martin House

Wright’s timeless design of the Martin House continues to inspire, impress, and attract visitors from around the world. 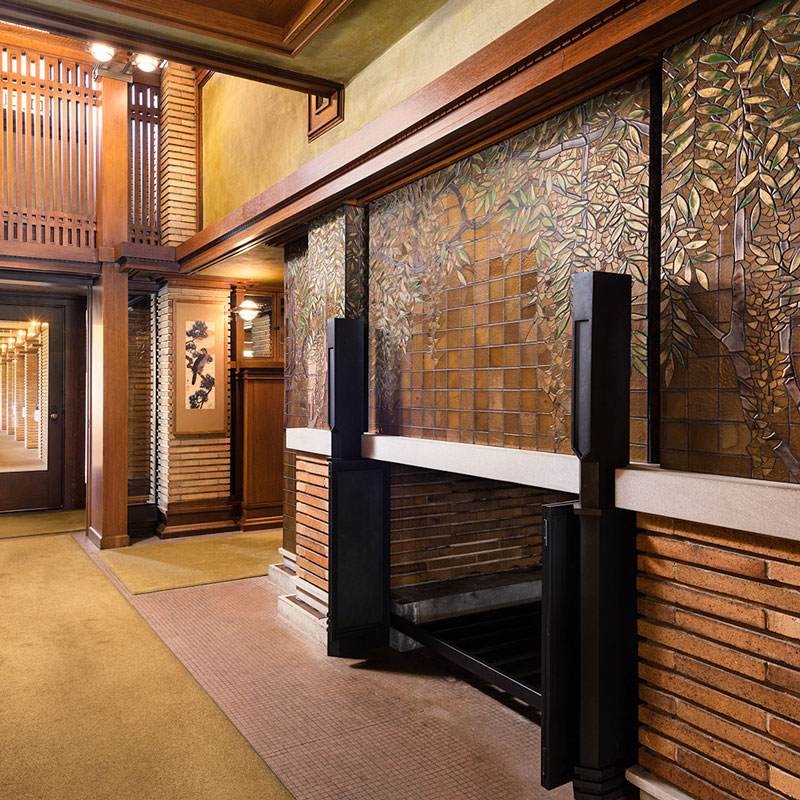 The multi-structure estate (1903-05) that Frank Lloyd Wright designed for Darwin D. Martin is a masterpiece of 20th century architecture. The Martin House is widely considered one of Wright’s finest Prairie houses – a signature work from the early years of his celebrated career. Wright himself referred to the Martin House as “the opus” and kept the site plan pinned to his drawing table for close to fifty years.

Today the Martin House has been completely-restored to its former magnificence in the most ambitious restoration of a Frank Lloyd Wright site ever undertaken. Three of the original elements — the pergola, conservatory and carriage house, which were demolished decades ago – are rebuilt in the first-ever reconstruction of Wright buildings.

Just one of the many valuable benefits of membership.