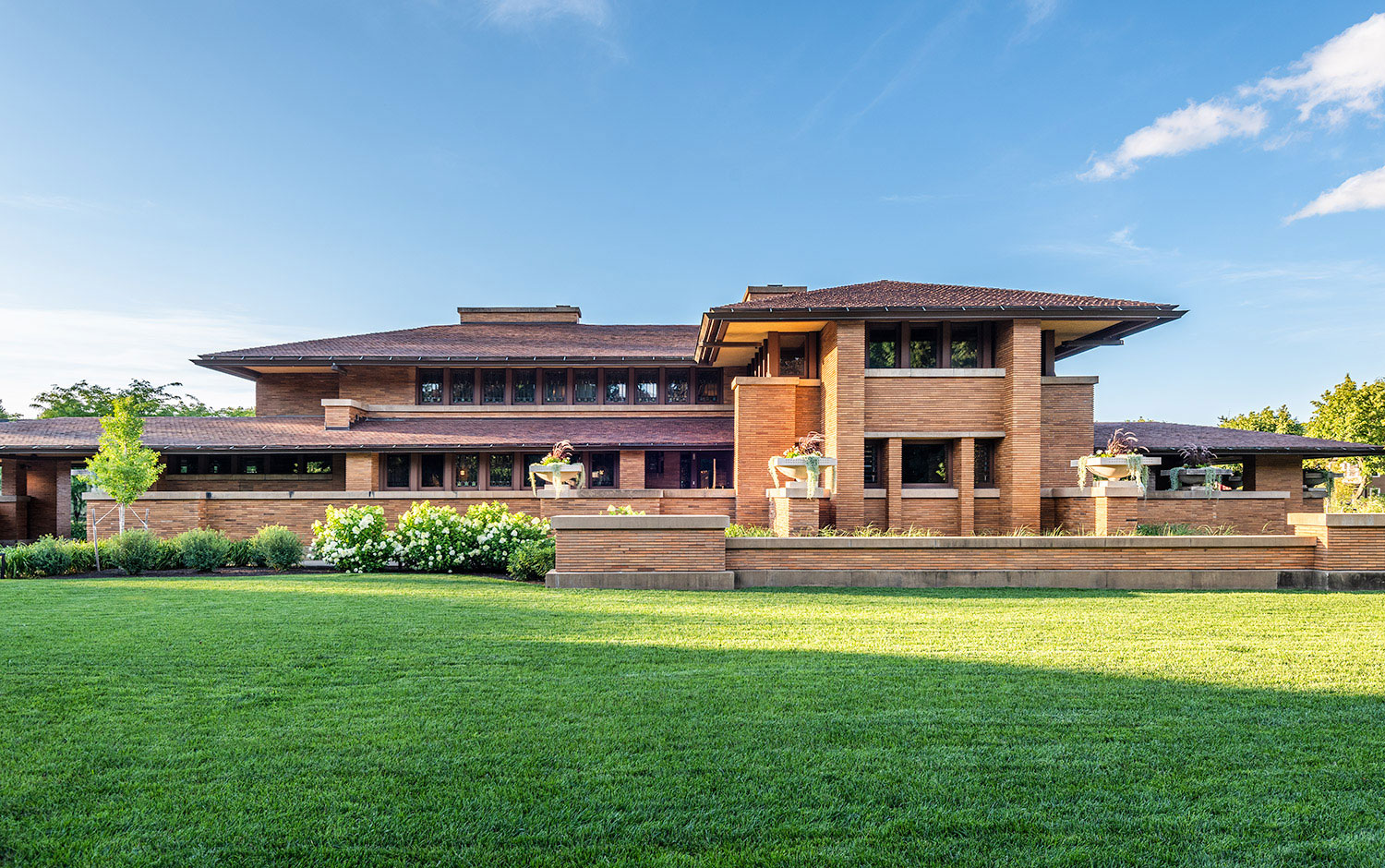 Diane Schrenk has been a Martin House volunteer for an incredible 27 years. Her passion for Frank Lloyd Wright was ignited during a visit to a Frank Lloyd Wright exhibition at the Museum of Modern Art in NYC. She was struck by the soulful expression of beauty, architecture, and art she saw in his work.

Shortly after, Diane met Professor Jack Quinan and other passionate preservationists here in Buffalo. Their mission — to preserve and restore the Martin House — became hers as well. She learned all she could about Wright and the WNY Arts and Craft movement and became a certified docent at the Martin House. The pursuit of preservation became a rallying cry for her and has spurred her interest these many years.

Her favorite memory? “Two years ago, after I had finished giving a tour at the Martin House, I turned back and looked over my shoulder at the rebuilt and restored original horizontal grid home. The landscape was in harmony with nature once again. The interior and the exterior had truly become the portrait of the Martins and Wright.”