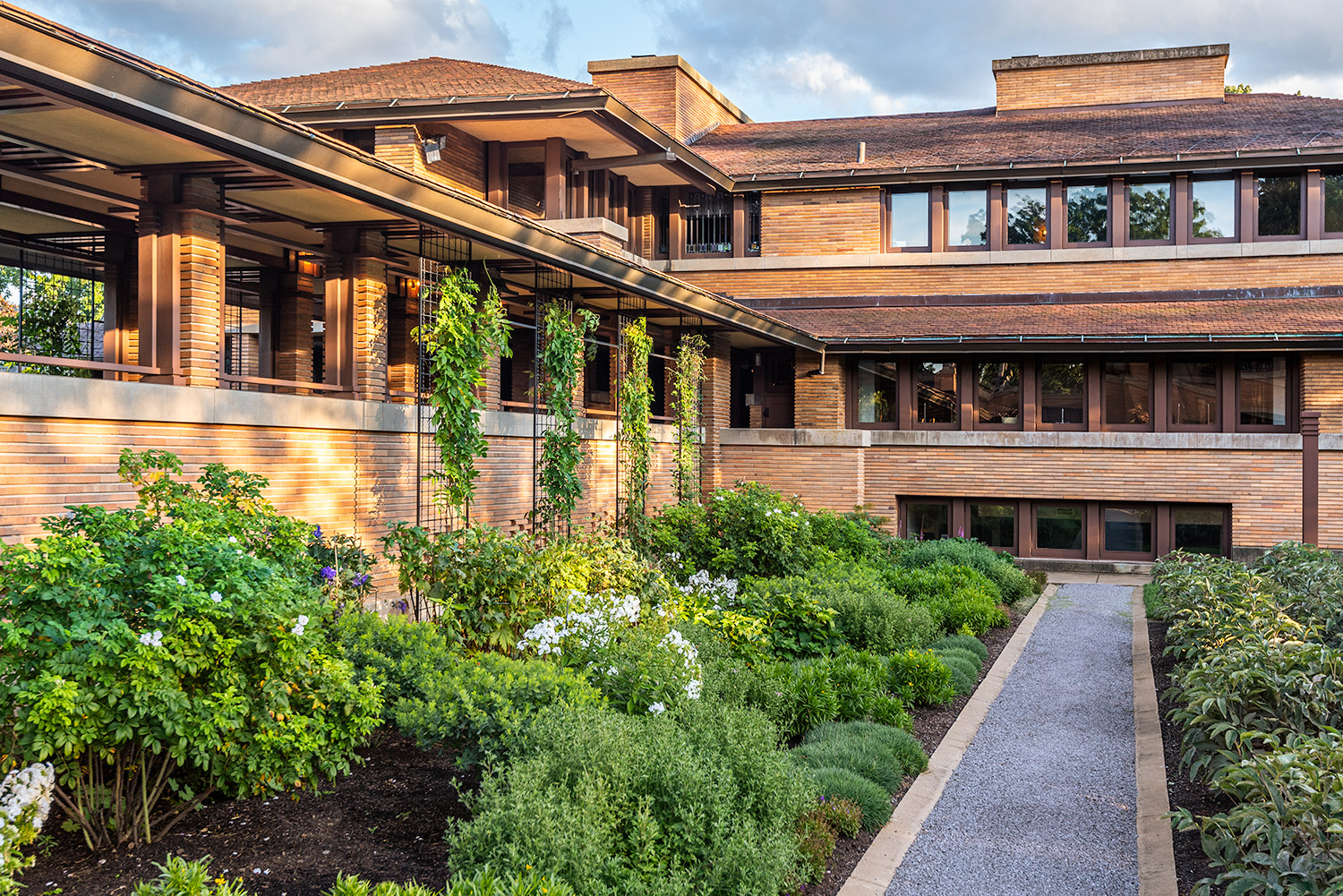 This article originally appeared in The Globe and Mail on August 23, 2012.

How do you right an architectural wrong … twice?

In 1954, architect Sebastian Tauriello purchased Frank Lloyd Wright’s self-described “opus,” the five-building Darwin D. Martin house complex in Buffalo, N.Y., after the family abandoned it in 1937, thereby saving it from an undignified demolition-by-neglect. That Mr. Tauriello was forced to sell the rear of the site to raise funds – which resulted in the demolition of key structures in 1962 for the erection of low-rise apartment buildings – was no doubt painful, but necessary to restore the main house.

As most architecture buffs in Southern Ontario know, Wright’s 100-foot pergola, conservatory and carriage house have been painstakingly reproduced from original plans – with bricks manufactured in vintage “beehive” kilns and reproduction art glass windows – at a cost of millions upon millions of dollars. This, in turn, has spurred something of a posthumous Wright-building frenzy in Buffalo, as two unrealized projects have also been completed (not by the MHRC) in the past decade: the Fontana Boathouse on the Niagara River, designed for the University of Wisconsin in 1905, and Darwin Martin’s Blue Sky Mausoleum at Forest Lawn Cemetery, designed in 1928.

This, understandably, has raised questions of authenticity and rebuilding vs. remembering in the architectural press.

But to step inside the entry hall of Mr. Martin’s home, to allow one’s gaze to travel past the massive fireplace to the long pergola is to remove all questions … and breath.

“So the Nike in the Louvre is about three feet taller,” says MHRC director of operations Margaret Stehlik of the gleaming white exclamation point at the end of this awe-inspiring vista, a Winged Victory of Samothrace statue under the conservatory’s apse. “It’s so terrific that we were able to rebuild this so you can realize it in three dimensions instead of a photograph.

“It makes a big difference.”

It sure does, and that’s why all arguments to the contrary are irrelevant. Because Larkin Soap Co. executive Darwin Martin was one of the highest paid executives in the United States in 1903, Frank Lloyd Wright was able to fully realize the Prairie Style he had been distilling for a decade when he was handed the commission. He was also able to arrange the five structures – 15,000-square-foot main house, pergola, conservatory, carriage house/stable and a smaller house for Mr. Martin’s sister and husband – into a vital composition within an equally curated landscape.

With the addition of Toshiko Mori’s 2009 visitor’s centre – a counterpoint to Wright with an inverted hip roof and transparent walls – and the acquisition in 2006 of the 1908 Gardener’s Cottage – that composition is enhanced rather than diluted: The cottage offers the opportunity to see how Wright simplified the Prairie Style to inconspicuously tuck it between two Victorians over on Woodward Avenue; the visitors centre shows Ms. Mori’s elegant restraint.

Of course, most visitors will come to see the main house, since it’s considered by Wright scholars to be the best example of the Prairie Style in existence. The incredible amount of interior work currently taking place to ensure this title continues to stand is mind-boggling – “We have some phenomenal people working on this project,” agrees Ms. Stehlik – since it reaches into every corner, from furniture reproductions by Timothy Coleman and onsite millwork by Steven Oubre (using expensive, quarter-sawn, old-growth white oak) or the recreation of the entire original kitchen to replace the 1950s-era yellow Formica one, to smaller items like doors and baseboards: “We have three-and-a-half miles of wood trim that needs to be reproduced,” she says, raising her voice as circular saws whine out of sight, “and if one person was going to do it, it would take 30 years.”

While Ms. Stehlik estimates that the main house is “85 per cent done,” key pieces of art glass are still to come, including small casement windows on parts of the ceiling (it makes sense when you see it), and there are ongoing searches, such as the quest to find a glass artisan or jewellery maker capable of recreating the 15,000 pieces of mosaic tile – depicting a wisteria vine pattern – that once made the walls of the entry hall’s two-sided fireplace glow as brightly as the fire.

The “most difficult part” of the project was recreating the conservatory, says Ms. Stehlik. It has smooth concrete with a “plaster-like finish,” the trim work required century-old “sinker” cypress (i.e. logs brought up from the bottom of swamps) and the complex roof structure is made of copper-clad aluminum.

While “recreation” is uttered often at the Darwin Martin complex, at this level of craftsmanship it’s not a dirty word. If anything, in (W)righting these past wrongs, Buffalo is showing the sort of leadership that all history and tourist dollar-loving cities should follow (and what city doesn’t love those things?).

A walk through this home isn’t just a walk though the Buffalo of the early 20th century, it’s an understanding of the relationship between Mr. Wright and Mr. Martin, and, indeed, all those who have laid hands, and tools, to demolish, restore and rebuild it ever since.

“You have to be inside of architecture to actually get it,” finishes Ms. Stehlik.